Back to school in Bandung

On Mondaymorning I woke up at 5:00 am, which was pretty early for me. But I was very excited because I had the chance once again to visit the Santa Maria Highschool in Bandung. For the matriculation project of my school in Switzerland I needed to do some interviews with the schooldirector and a few of the students there. And I also took lots of pictures to add a personal touch to the project. I’m beyond thankful for all the support the schooldirector, the teachers and the students there gave to me. They were so helpful with the interviews and I was warmly welcomed. Besides getting lots of information for my project through the Santa Maria students, I really enjoyed the two days I spent there. The school lessons were so much fun and interesting. Especially the sundanese lesson was quite tricky, because I only know a few words in sundanese, so it was a little bit difficult but I learned so much there. It was also very nice that I was able to share a few things about Switzerland with the people there during the lessons I participated. The exchange of different cultures was such an interesting thing and I’m very grateful that I had the chance to do that.  I hope you enjoy the pictures, have a great day everyone. 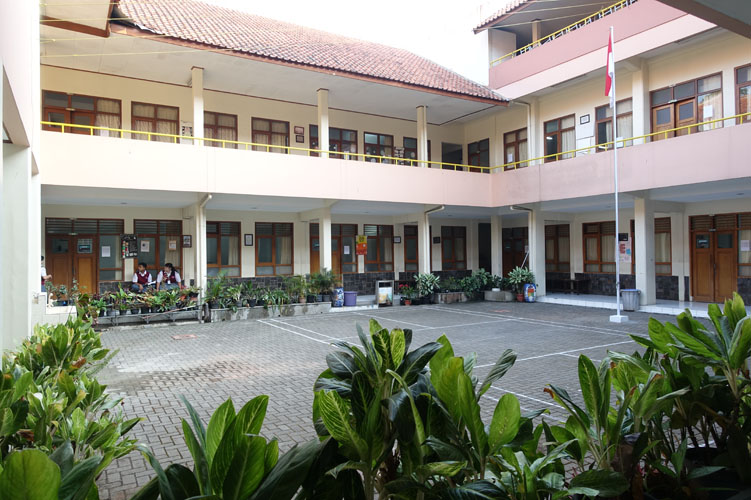 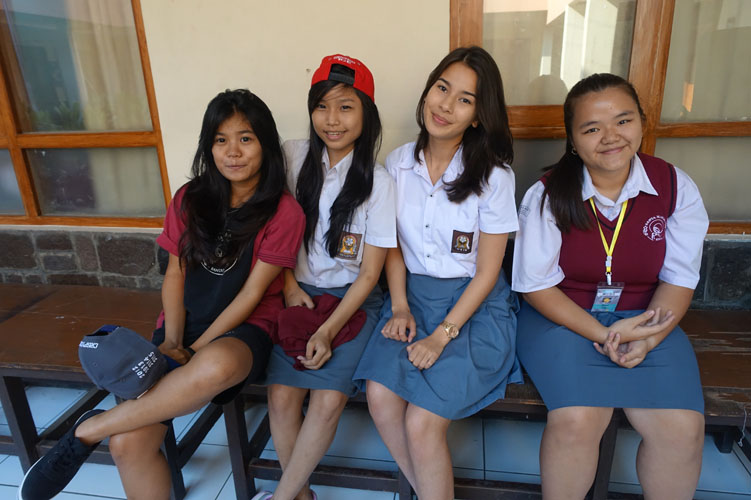 It was so lovely seeing my friends from last year again and meeting new people there. I was so happy that my classmates there were so friendly and helpful, and that they really guided me around school during these two days. 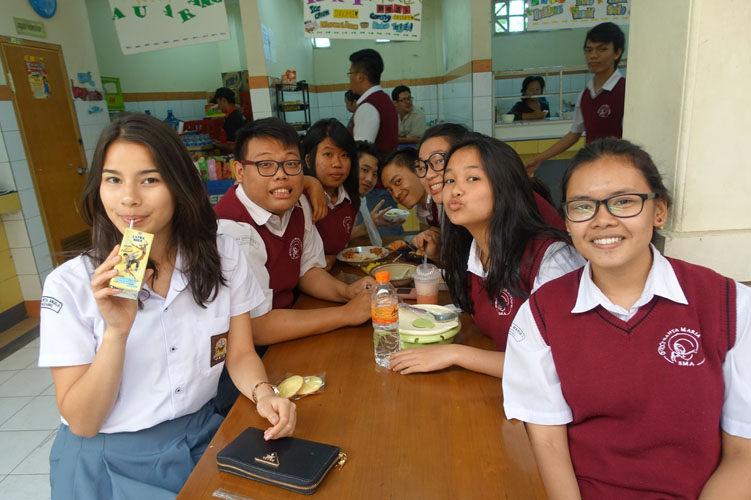 Little Break at the school cantine, the pukis (indonesianpancake with chocolate chips) there is so good. 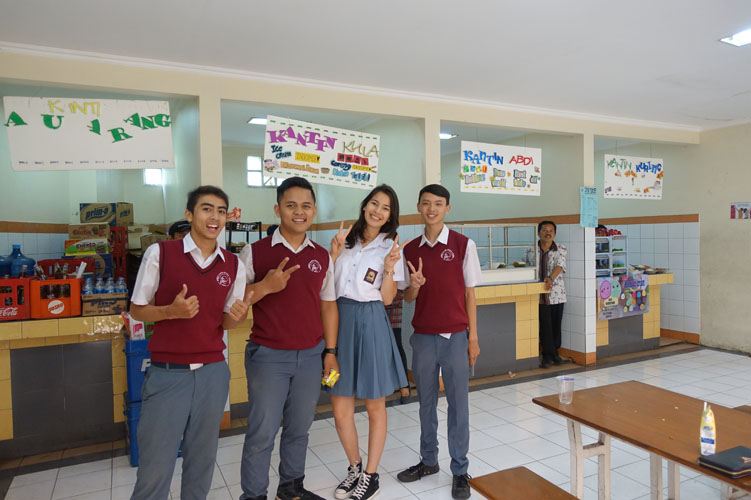 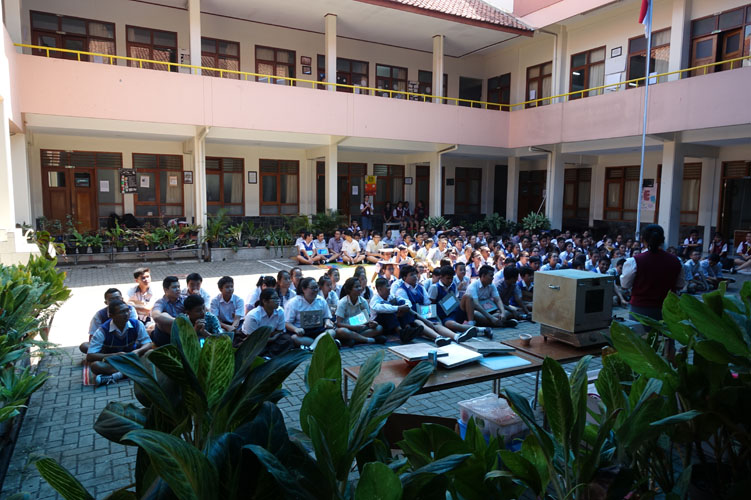 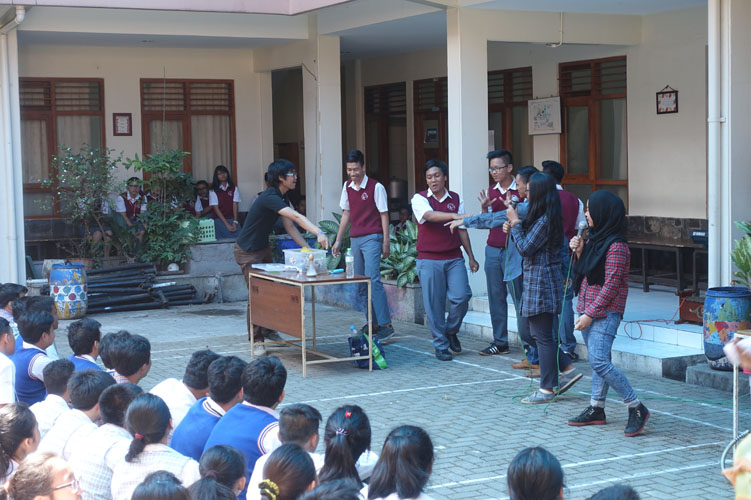 A little chemistry show for the new students. 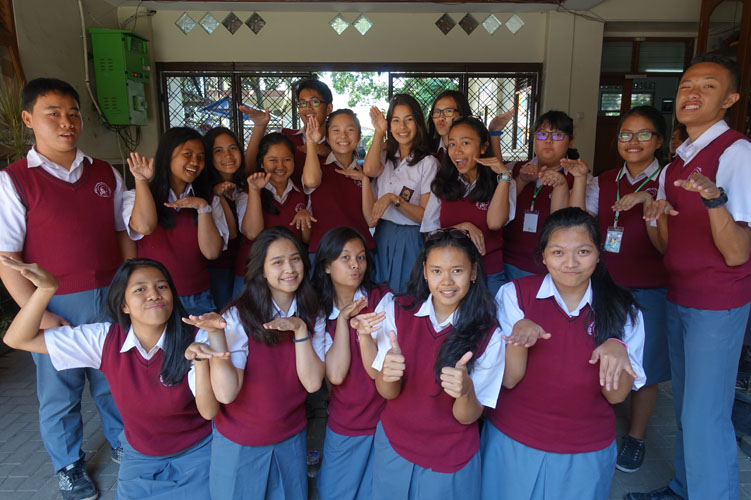 I had the chance to perfrom with the chorous group, which was so much fun. 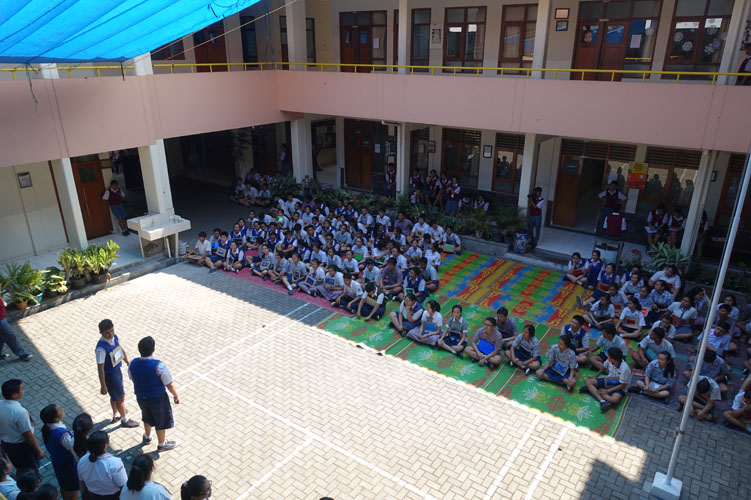 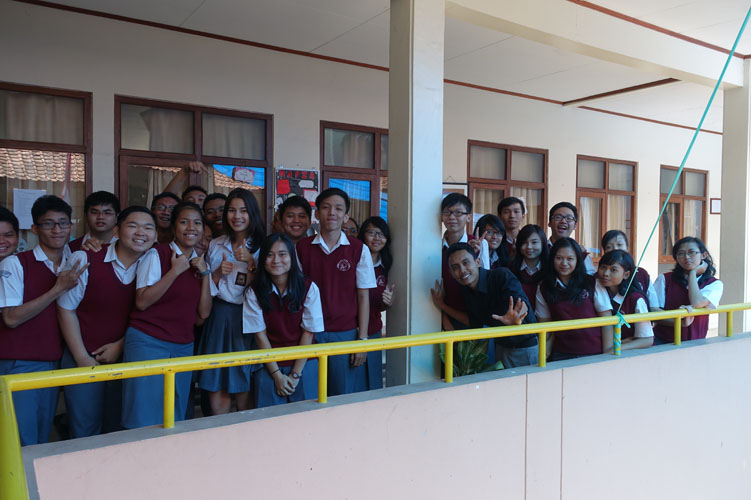 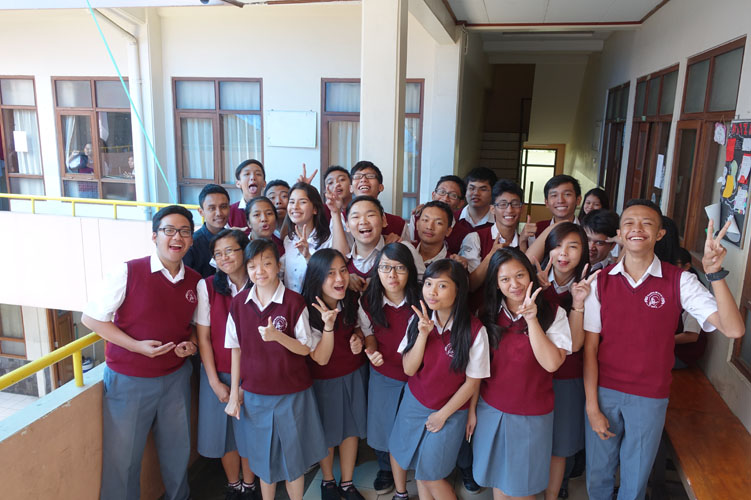 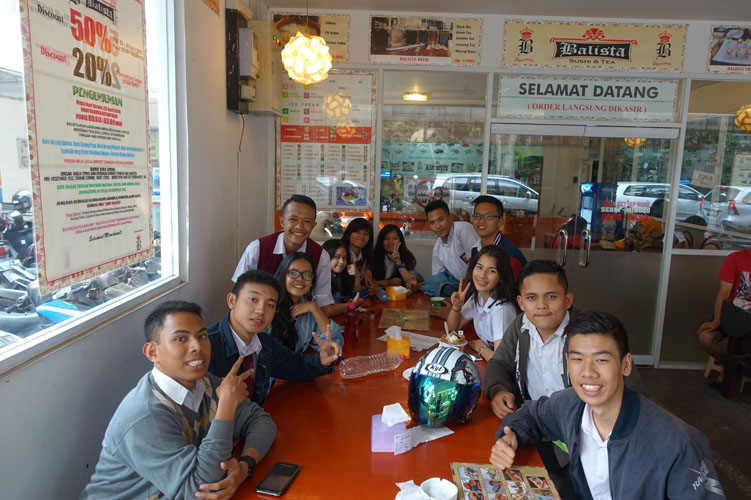 After school we had some late lunch together at Balista. The Nasi Goreng with Rendang flavour was so good and it was so chilly to end the schoolday all together with some indonesian food. 😀 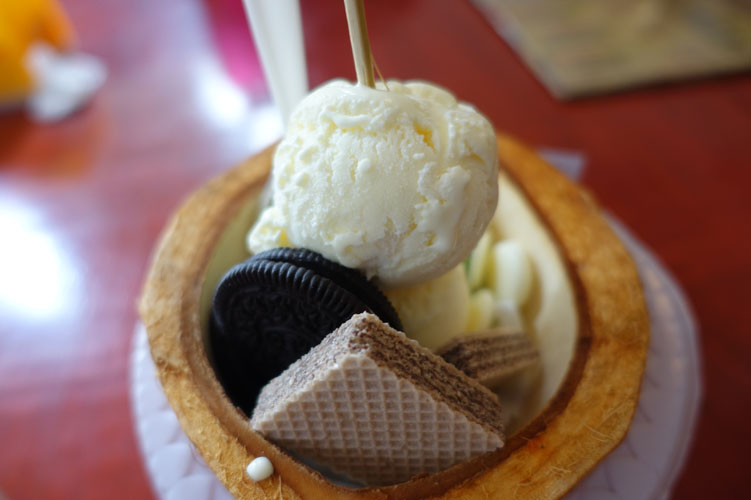 And they offer Icecream in a coconut, I mean how cool is that ? 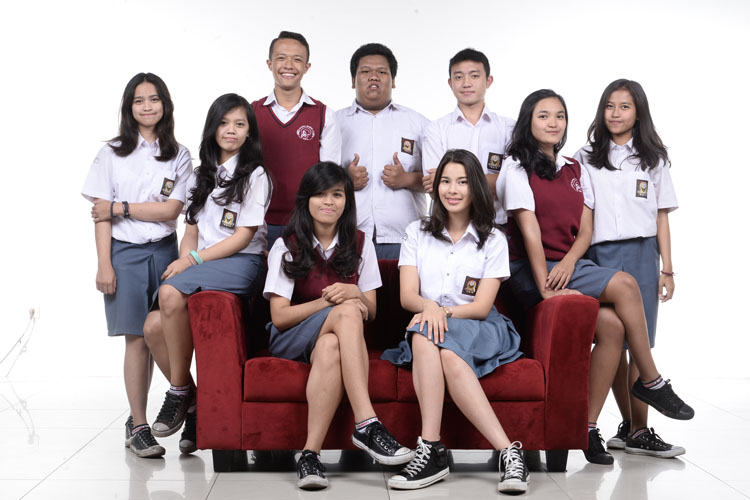 So after school we went to the photostudio which was practically located just around the corner. It was so much fun shooting all together with the uniform. 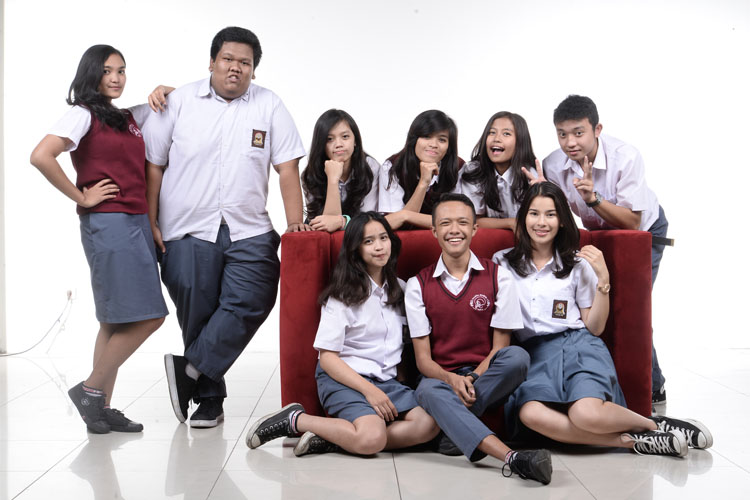 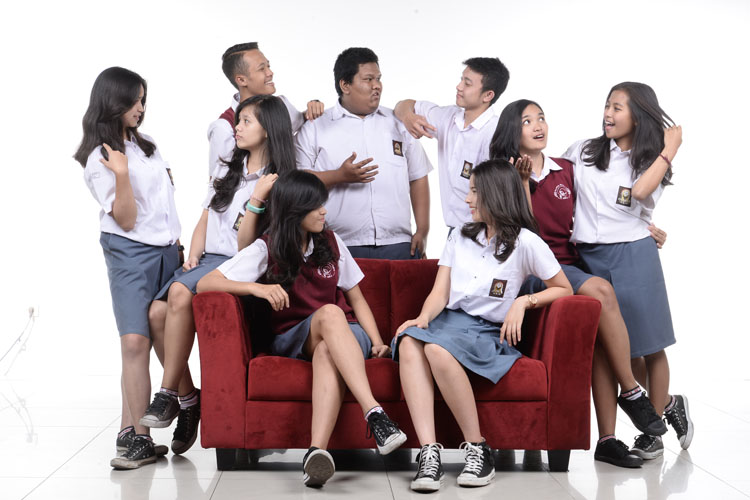 Candid; Just casually posing but not looking into the camera. 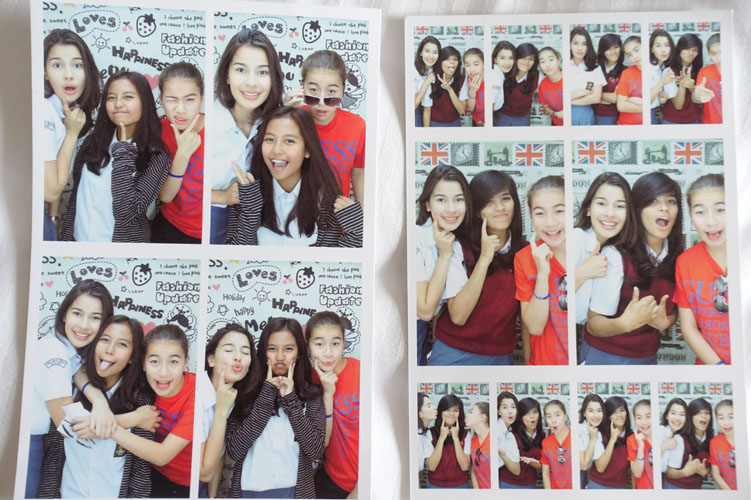 There’s such a cool photobox at the Papyrus photostudio. To get the memories just printed we took lots of pictures there. 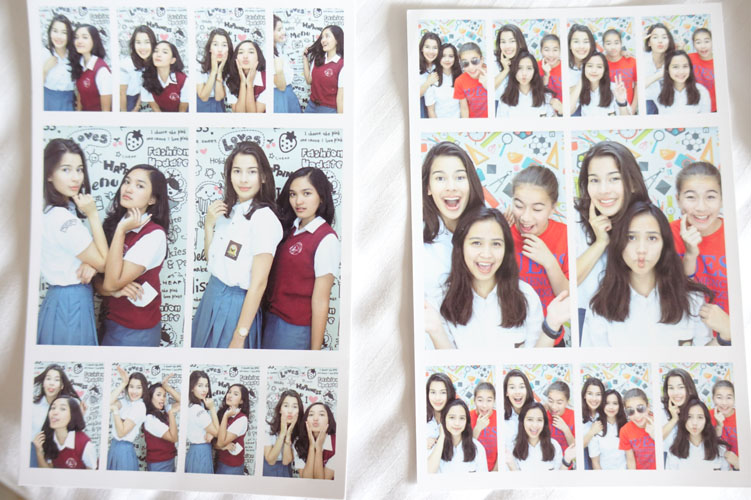 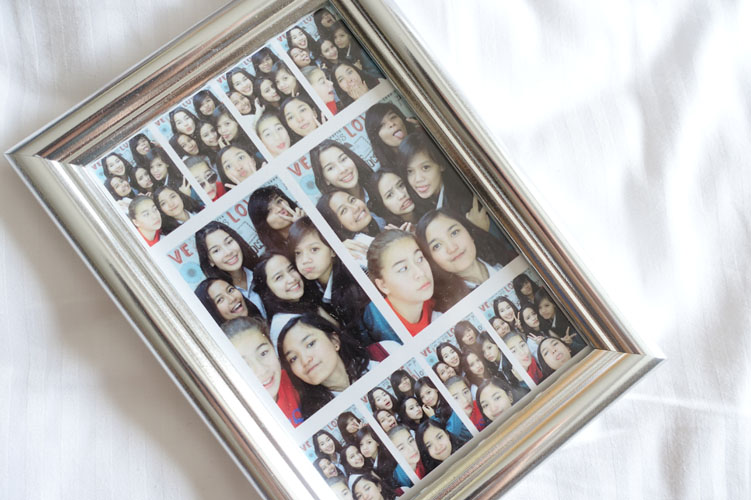 In the end we just squeezed 7 persons into the photobox to get a picture all together and the result is pretty good isn’t it ? 😀 I hope you liked the post have a lovely day my loves