Where to eat in Dublin

I think I’ve never eaten as much as I did during our stay, but I just coundn’t help myself, there were too many lovely restaurants and café’s around town. We “tested” so many different restaurants and we were never disappointed, the food was always  excellent. Even in the touristic temple bar district the prices were totally okay and the food was soo good. Oh I really miss the irish restaurants, it was so tasty and enjoyable. 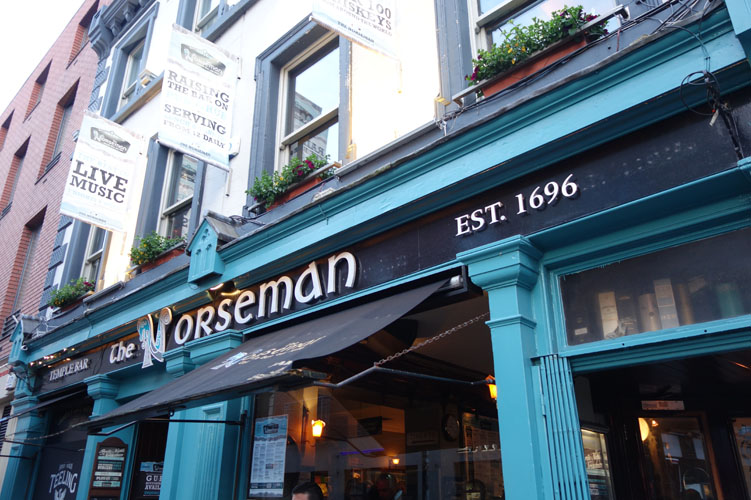 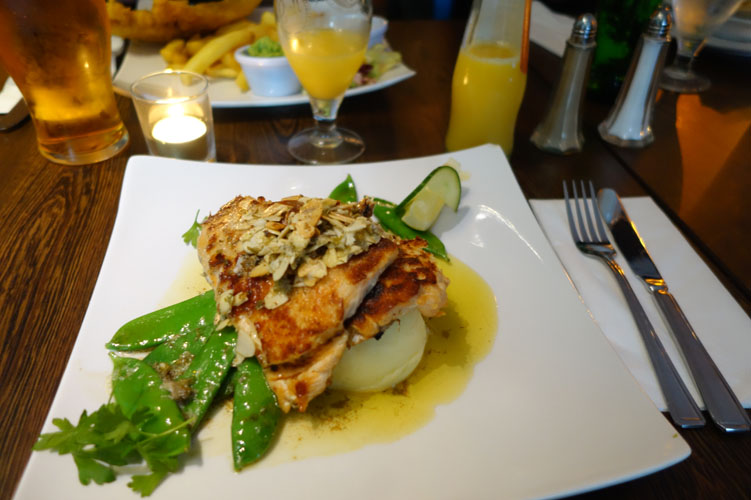 The restaurant of the Norseman Pub is located upstairs. It was such a cool spot to have some dinner. It was very cozy and you hear the live music from the bar downstairs. And guys the baked sea trout with mashed potatoes and almond butter tasted so good. And the prices were totally okay in my opinion because it’s located just in the midddle of the famous temple bar district. Thumbs up for this restaurant. 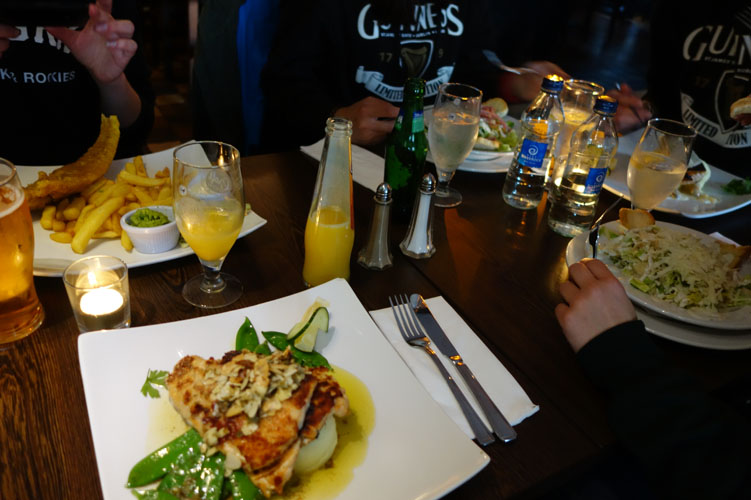 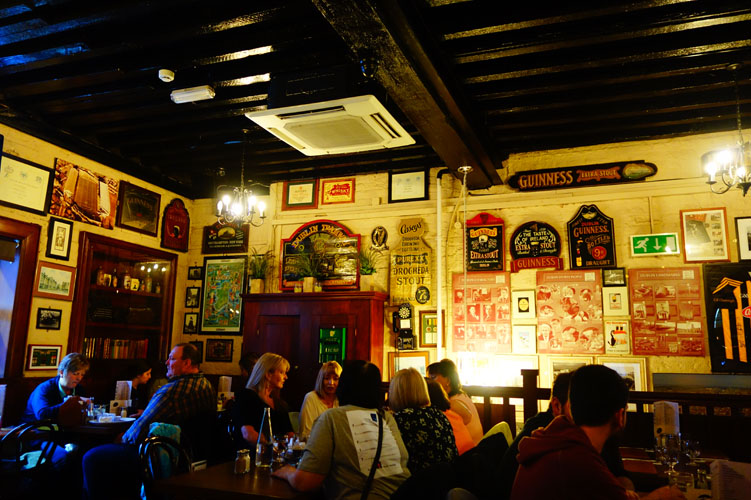 After the exhausting hike at the coastal path we were so hungry that we were immediately looking for a great place to have some dinner. There are so many different restaurants in the Temple Bar district to choose from, but in the end we went for the old Mill restaurant. This dinner was seriouly one of the highlights during our trip. The furinture was so cool with the dark wood, nostalgic commercials from the guiness beer, old newspaper articles and vintage black and white photo’s, it’s got the irish flair. The muenu was translated in many different language’s which was also quite helpful 😀 The food was to die for, they served traditionnal and modern irish food. 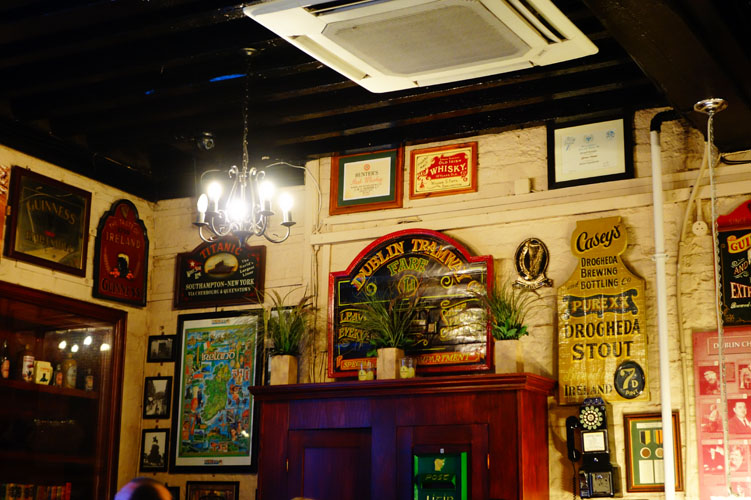 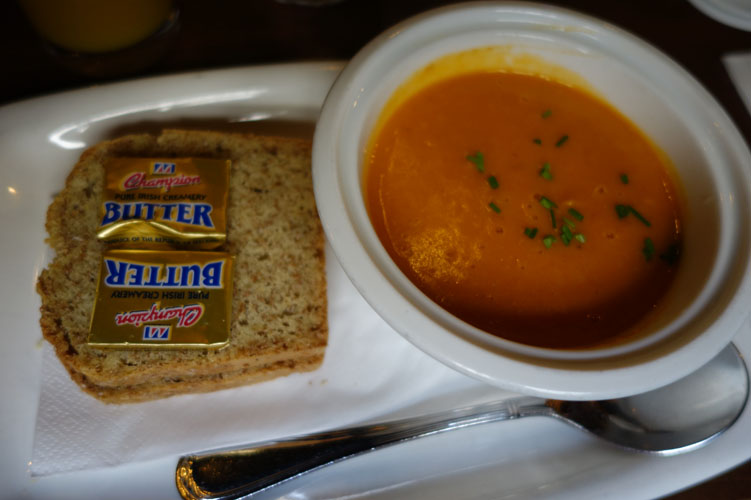 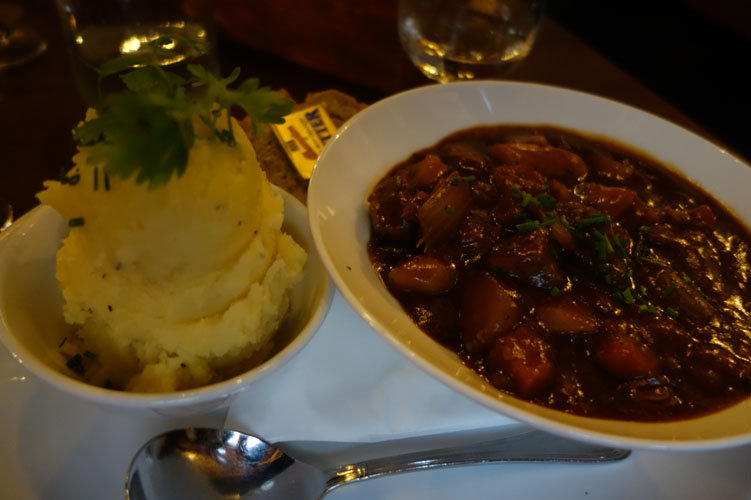 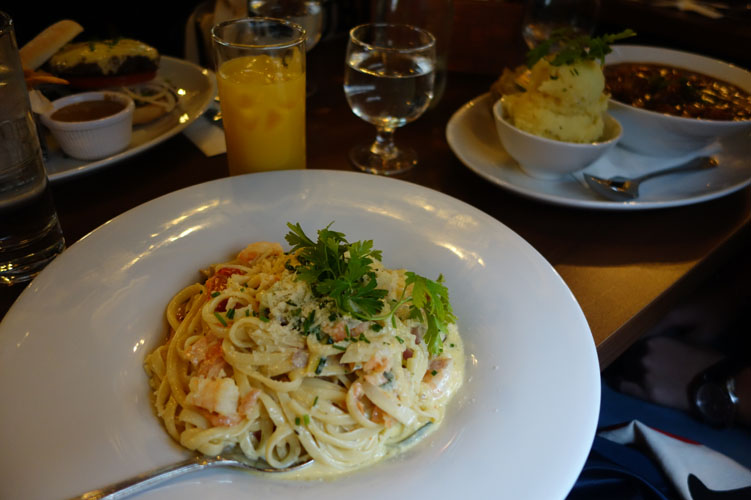 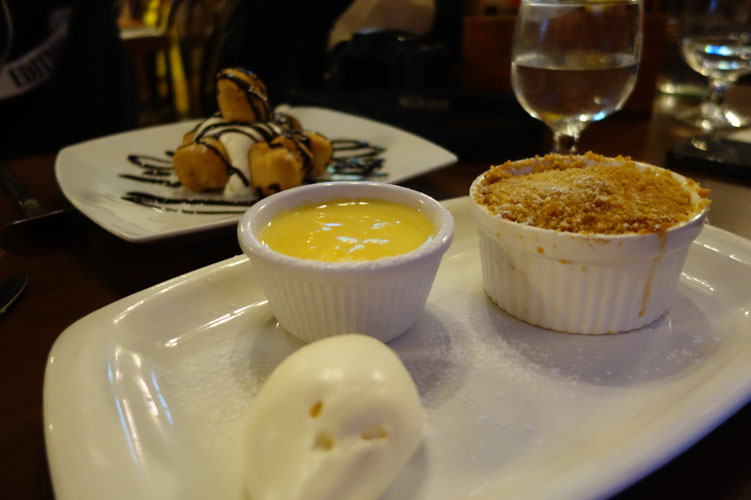 The dessert was a blast: Apple Crumble with a hot vanilla sauce and cream 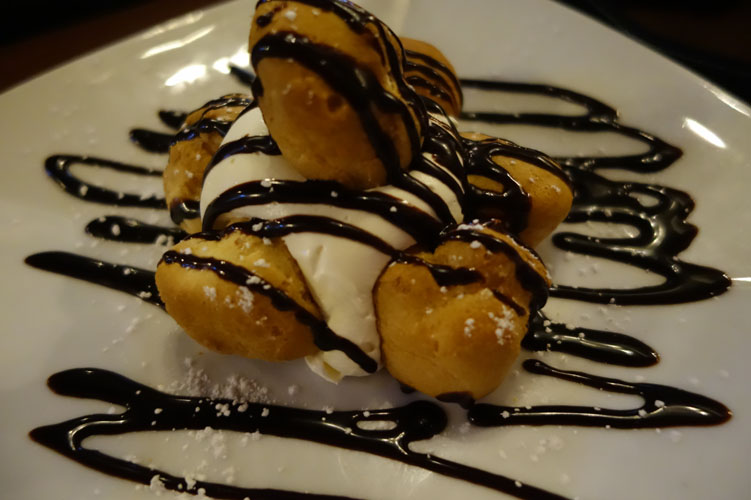 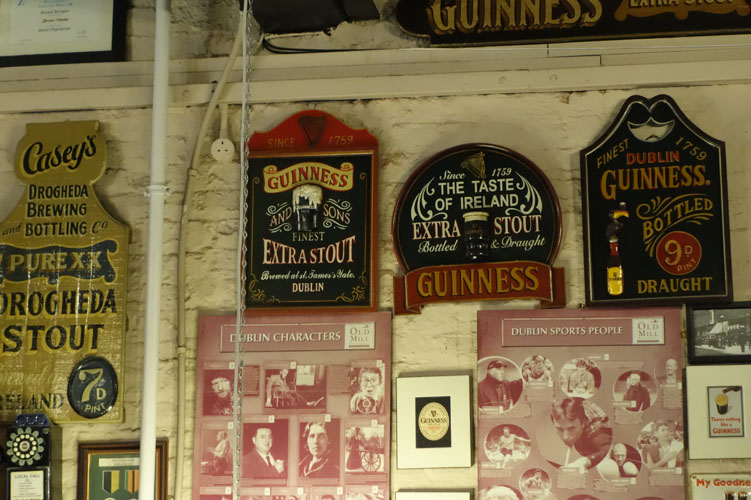 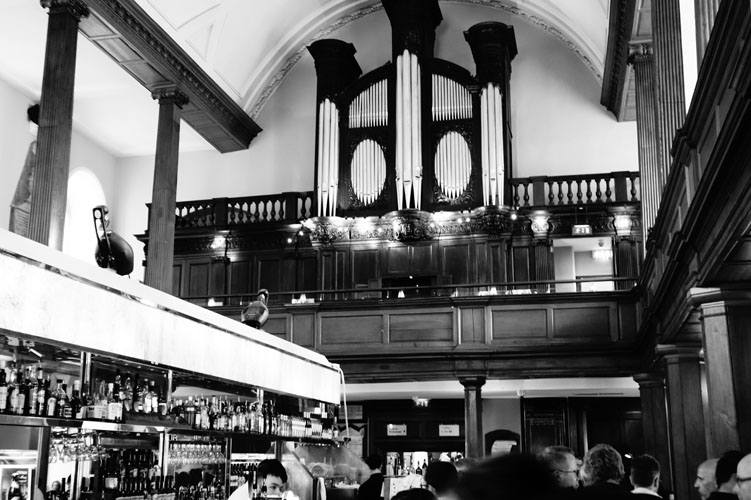 This restaurant was originally a church but then they transformed it into a Restaurant/Bar. I think it looks very nice and it’s something really special. The dinner was good, but I would say the Baileys Cheesecake was the best part. It was so creamy and delicious, so if you’re a cheesecakelover (like I am) you should definitely try this one. 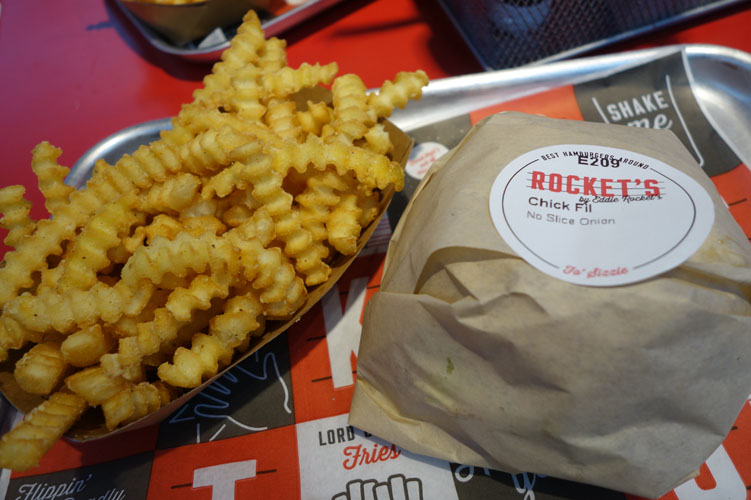 This is an american/ 50ies inspired Diner. The chickenfillet burger was yummy and the french fries were also very delicious, but nothing beats their milkshakes. The oreo milkshake and the Reese’s Peanutbuttershake with vanilla icreacream and real peanutbutter were perfection. You missed something if you haven’t tried those, they’re so amazing. 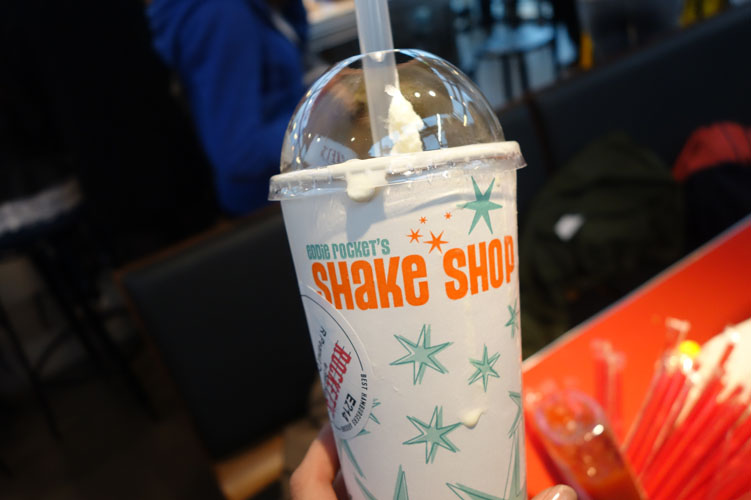 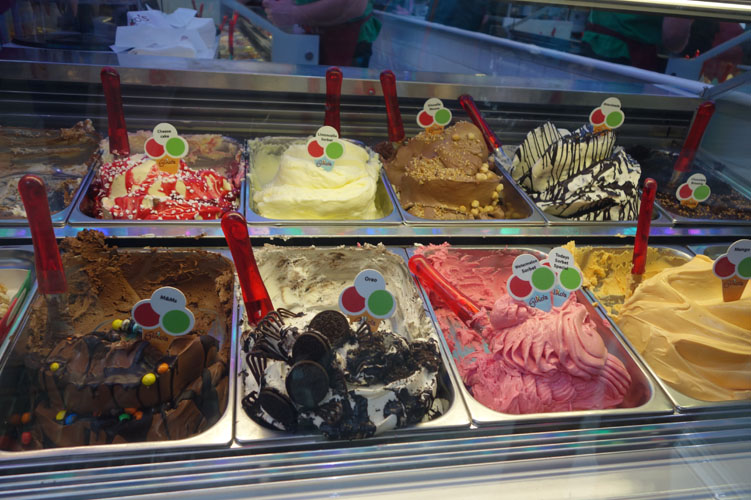 Perfect to sweeten a shopping stroll around the city, the icecream is so creamy and you’ll definitely get in trouble because you can’t decide which flavour you should choose. But you can never go wrong with oreo and stractiatella 😀 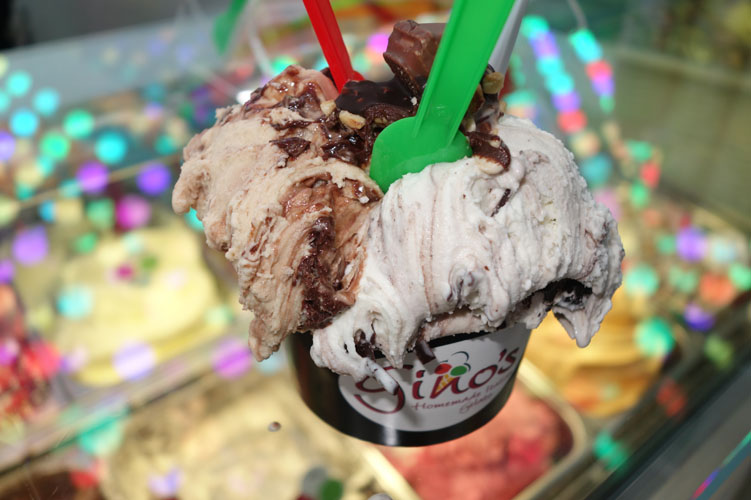 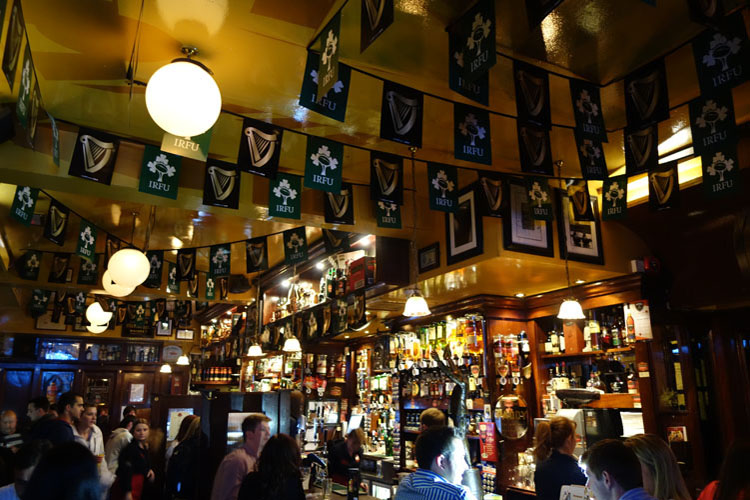 This Pub was one of the highlights during our trip. The atmosphere, the music, the location, and the way it looked like, so irish and cool. It is very famous, but actually it doesn’t feel that touristic if you sit inside. It’s just very crowded and chilly and everybody’s just having a good time. 😀 Totally recommandable and in my opinion the most beautiful irish pub we’ve visited during our stay. 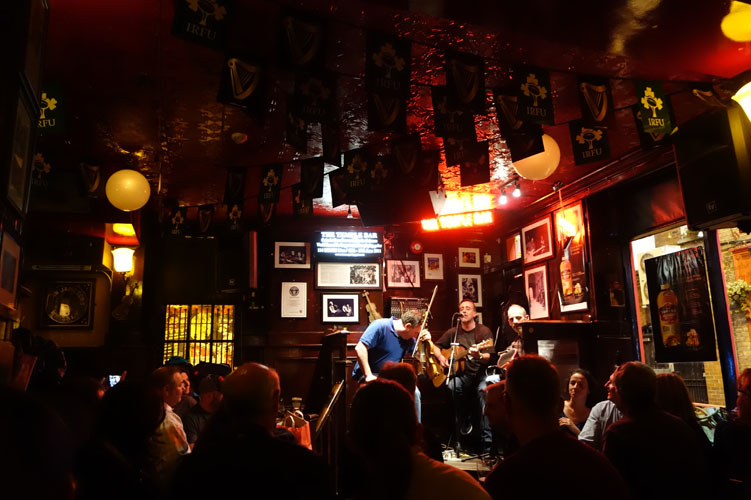 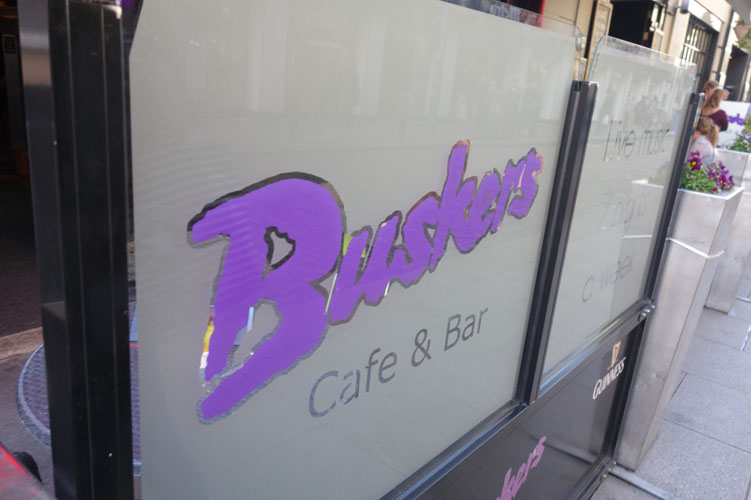 This Bar located directly in the temple Bar district and the cocktails are not pricy at all. So we basically went there almost everyday to enjoy a refreshing Pina Colada before or after dinner. 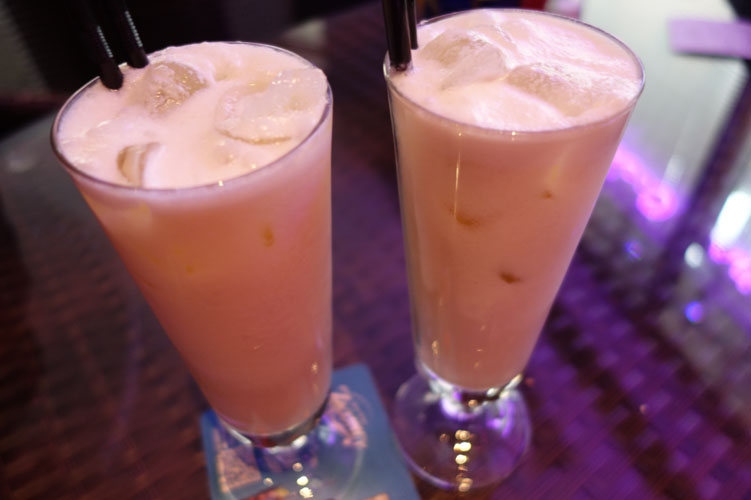